“Architecture is a rare discipline where advancement of science & technology can be fused with poetic and artistic concern for progress with a humane face.” ~ Raj Rewal 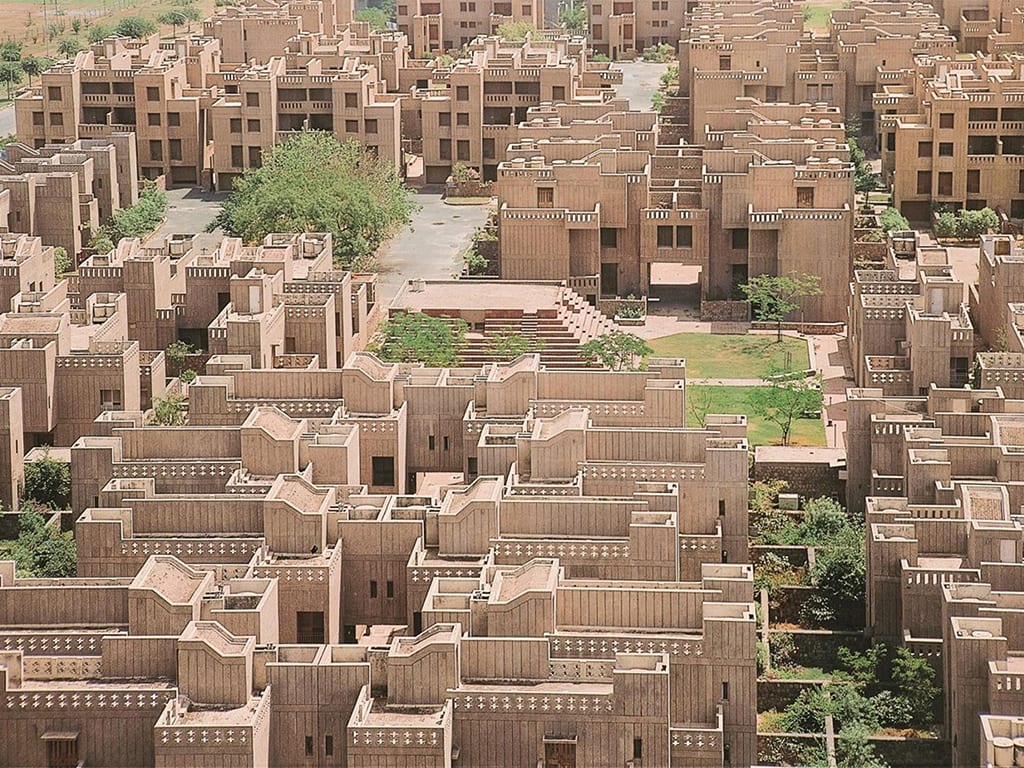 Raj Rewal, an architect who believes that poetry is carved into a building. His designs go beyond mundane practices, it symbolizes different ingredients of life stirred to perfection. He expresses heritage and history through a modern vocabulary. And never fails to pay heed to sustainability and climate-responsive architecture. His buildings respond to rapid urbanization making Rewal well ahead of his time. 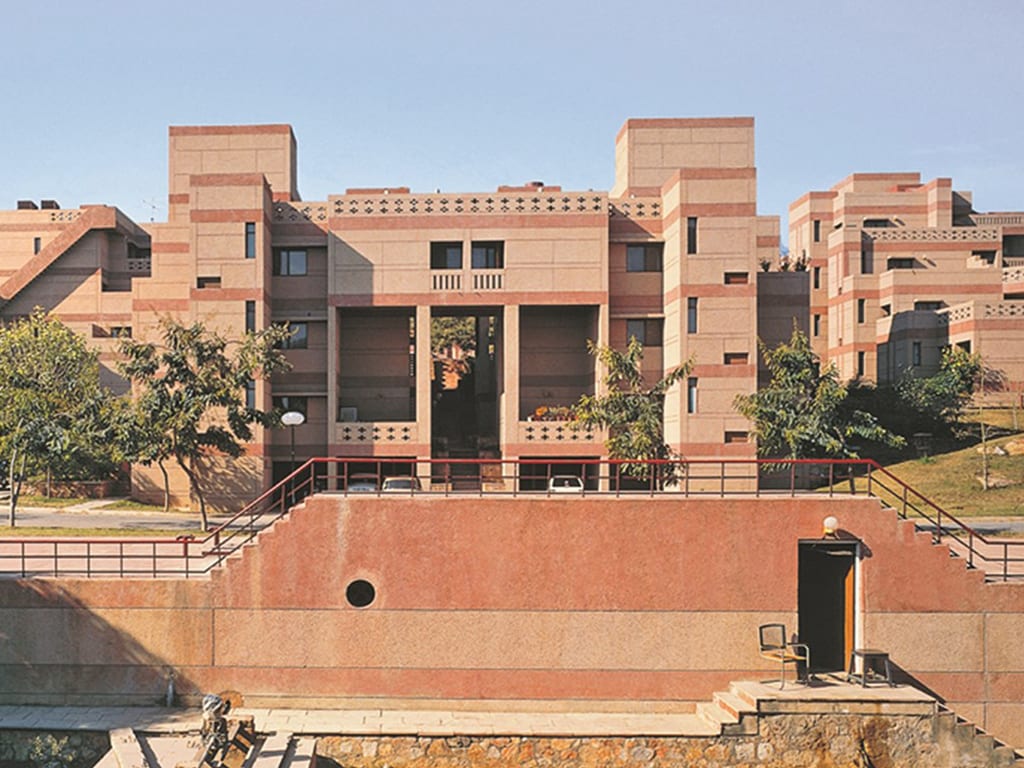 He was born in the year 1934, Hoshiarpur, Punjab. He did his B.Arch in School of Planning and Architecture, New Delhi and later went on to do his Master’s in A. A. School of Architecture in the year 1955. He then attended Brixton School Of Building from 1956-1960. 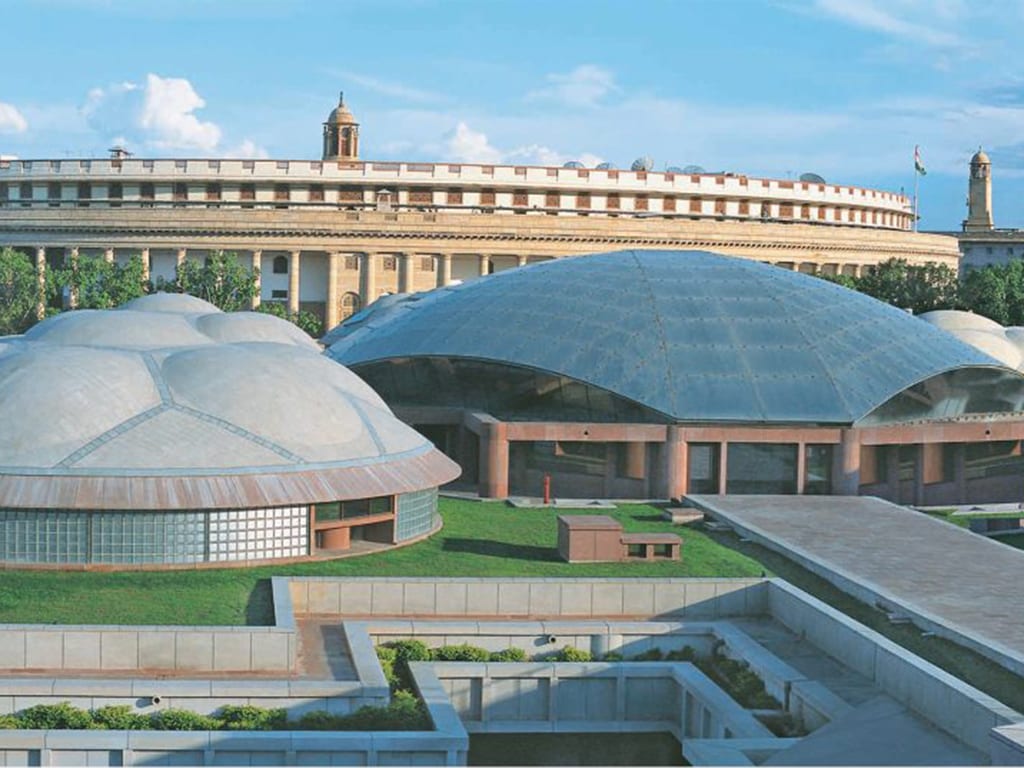 Raj Rewal worked at Michel Ecochard’s office in Paris. In the year 1962 he set up his own practice ‘Raj Rewal Associates’ in New Delhi. He went on to teach at the School of Planning and Architecture, New Delhi between 1963-72. In 1974, he opened his second office in Tehran, Iran. He curated the exhibition “Traditional Architecture in India” organized by the government of India held in Paris. 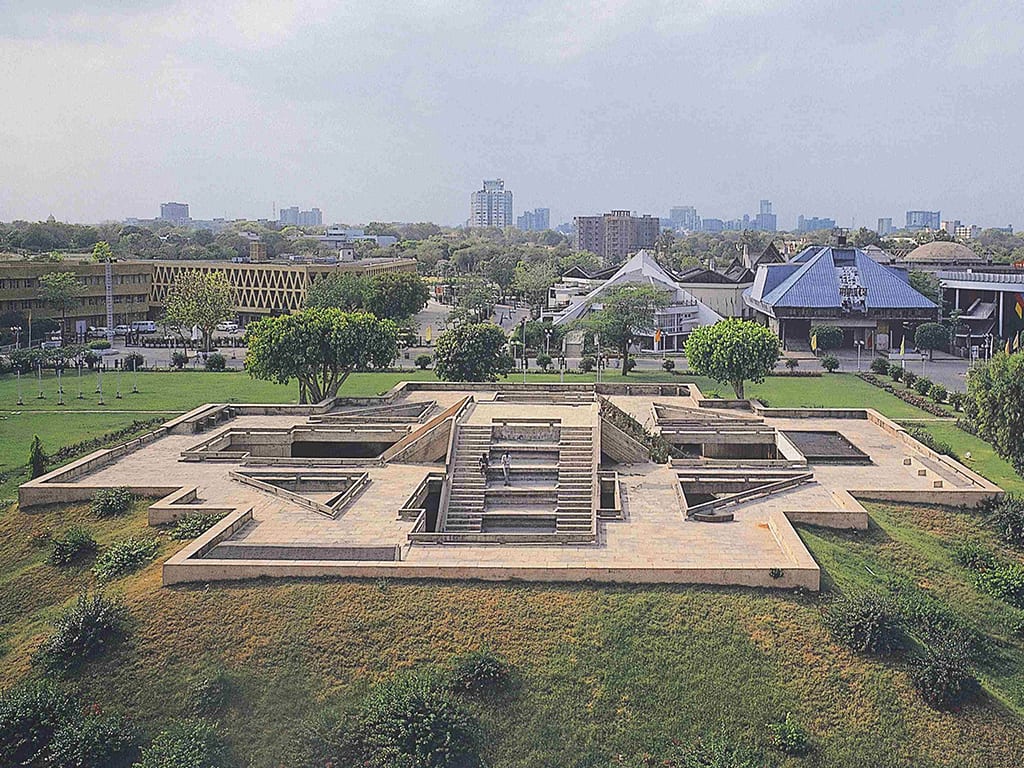 1. He believed in the rasa of architecture. Rasa in architecture essentially meant the spirit embodied by the building; it could be powerful and dynamic or gentle and reflective. Rewal emphasizes in puzzling a building complex together, creating a spirit of its own.

2. His buildings respond to the culture and climate of the site.

3. Emphasizes the play of natural light and form of a building.

4. Merges Geometry with rhythm in his designs.

5. Adopts a scale that reciprocates to its surroundings. 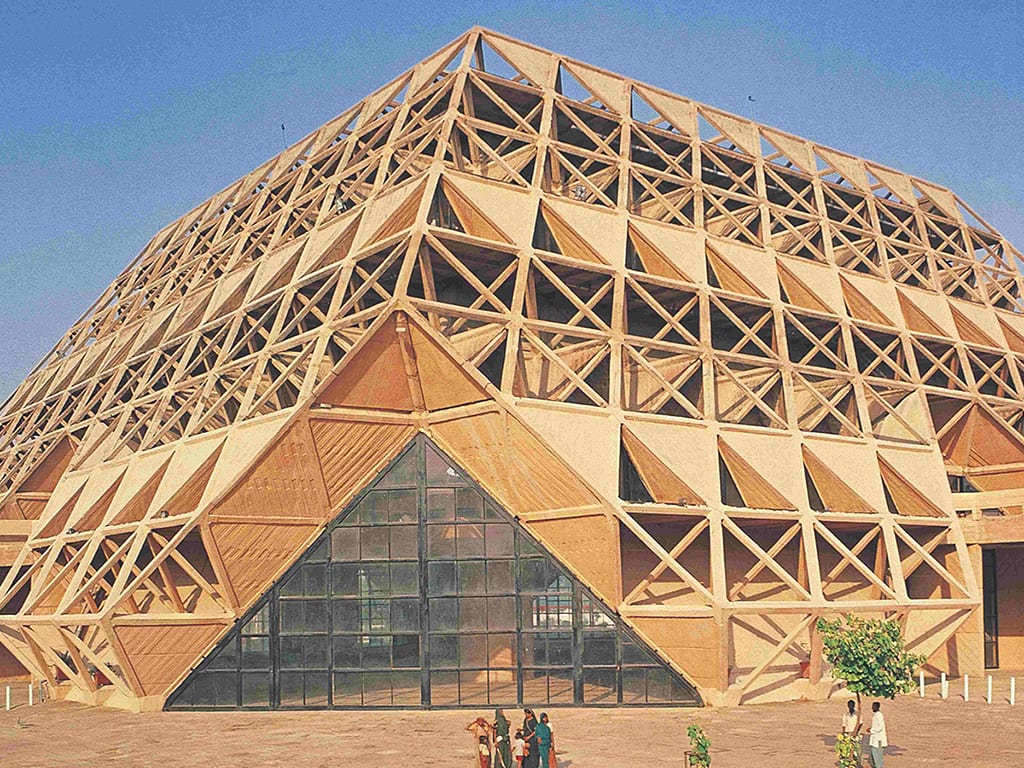 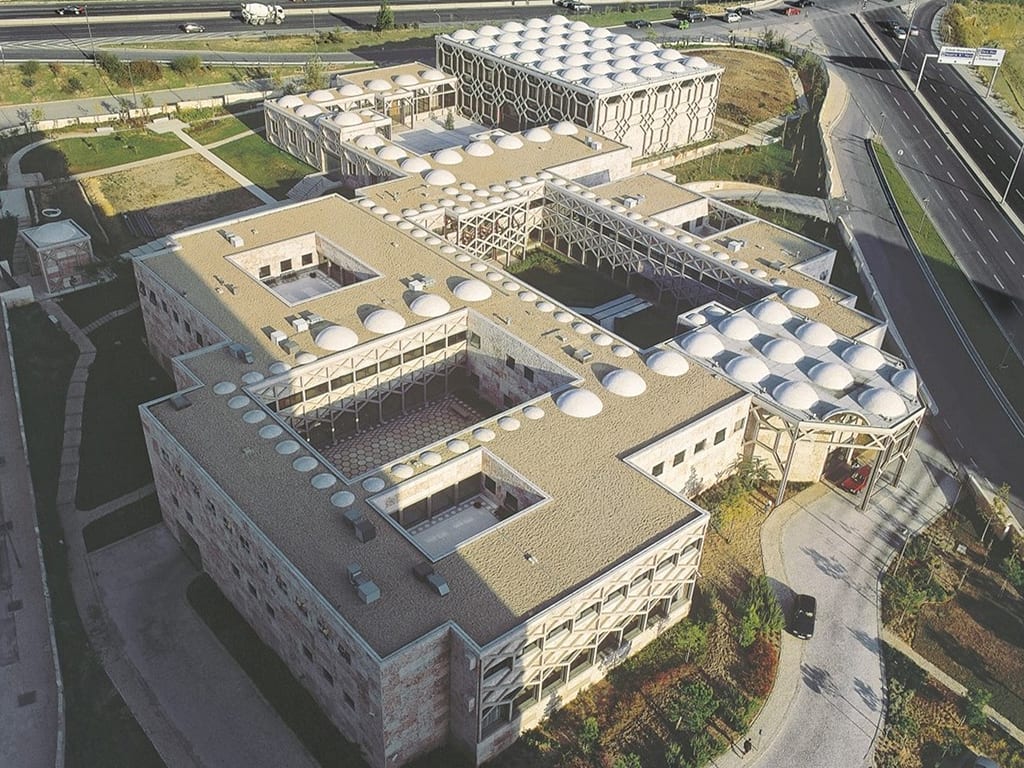 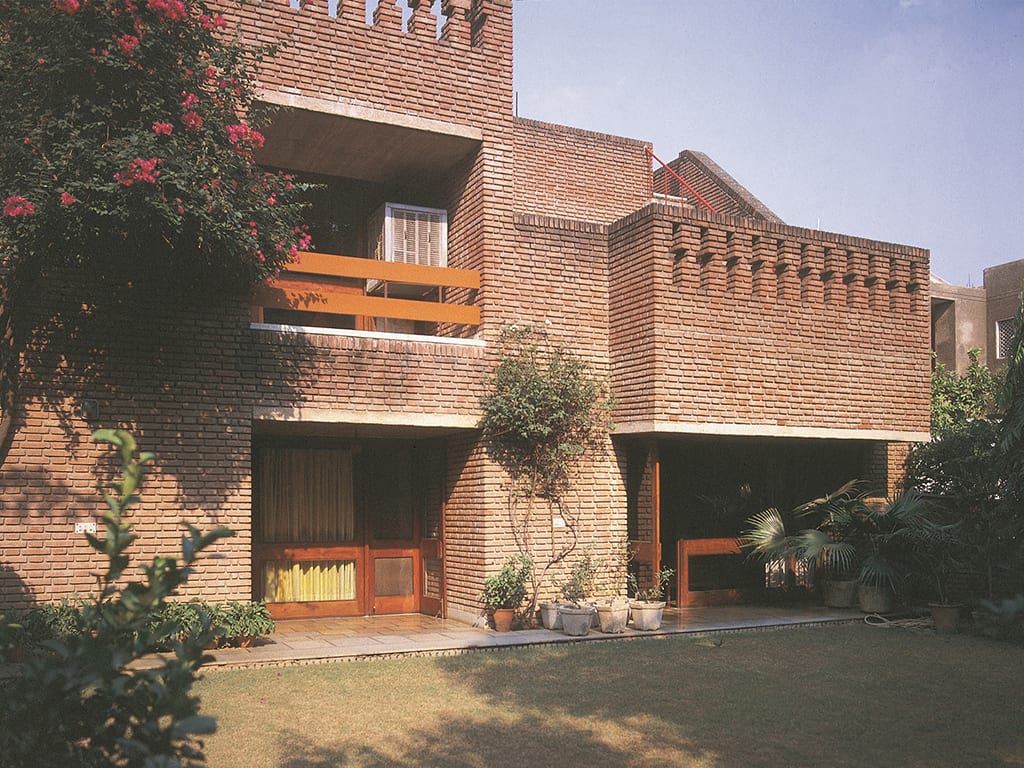 He is known for his creation of humane architecture. His buildings leave a mark of our culture and heritage, which informs generations of the cultural ethos possessed. He was influential in shaping India post independence.
He believes that modern architecture can solve the urban crisis of exploding population with the help of traditional know-how of culture and climate, as those techniques are still significant in this time and age. Get Free Access to our Sketchup & Vray Resource Kit 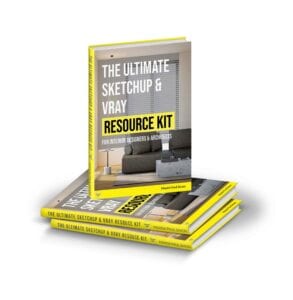 Sacika is an Architect by profession. She has an absolute joy in bringing design to life by curating her thoughts and ideas on architecture in a composed manner. She’s an editor at Archgyan. Outside of office she’s passionate about cooking, swimming, travelling and connecting with people.
PrevPreviousAchyut Kanvinde | A Splash of Brutalism | The Functionalist | Archgyan
NextNari Gandhi | An Organic Dialogue | Howard Roark Of India | ArchgyanNext 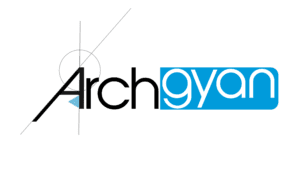 Are you Struggling to find the right High Quality Models and Resources?

Get the Ultimate Sketchup and Vray Resource Kit Now [FREE]

Get the Resource Kit Now 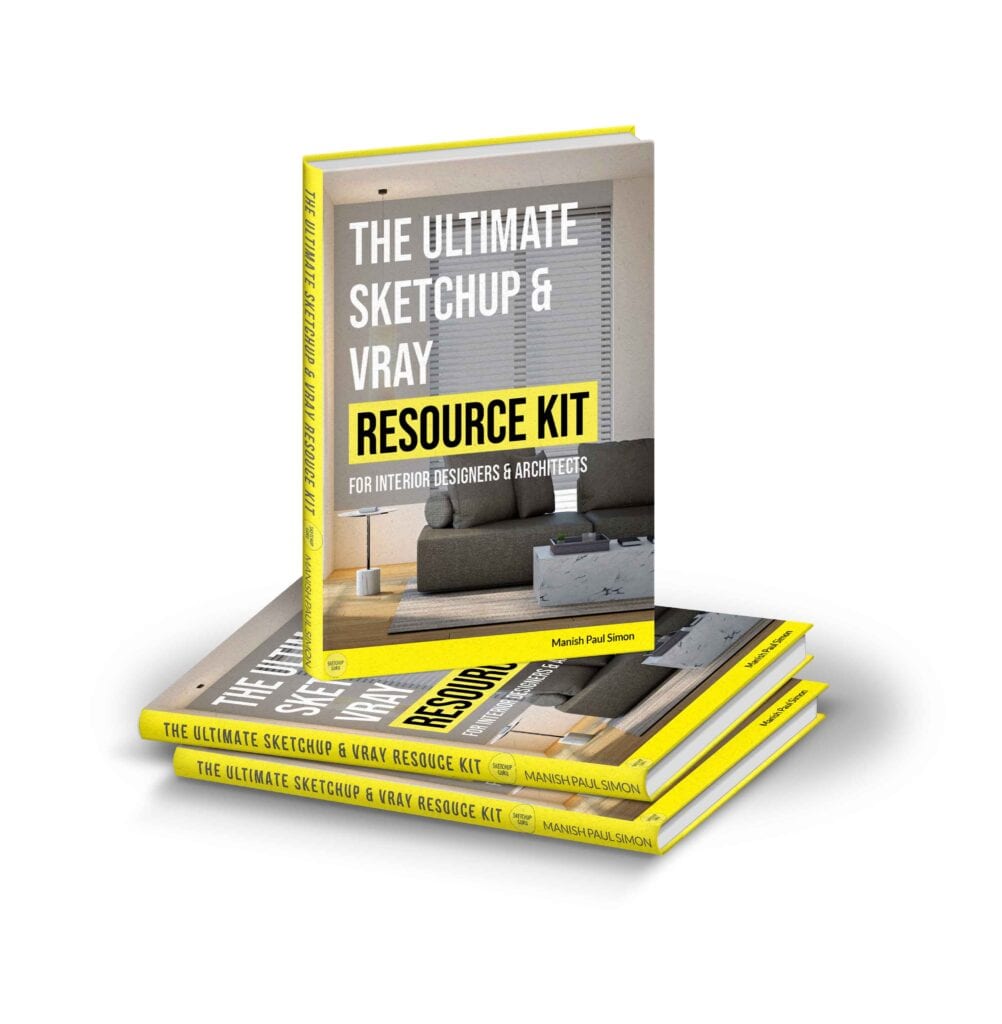